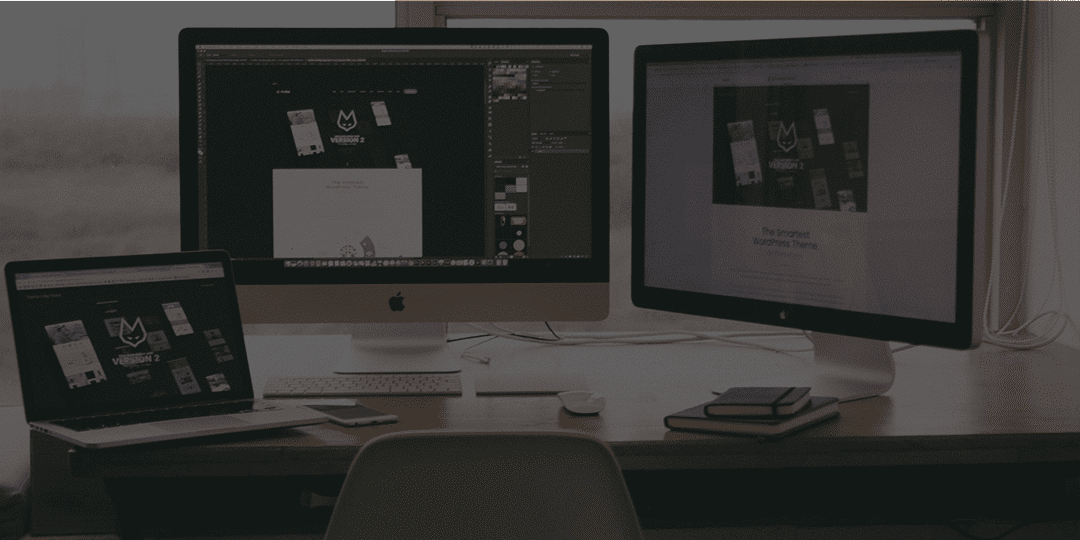 What is the Difference Between Web Developer & Designer?
And what is the best option for you?

So the question is, web developer vs web designer. What are the two, and which should I choose? To start clarify, web development and web design are two separate fields that intertwine when creating a website. Web developer can be compared to a construction worker, or engineer. He’s the one who knows how to put things together, use his hands and follow a blue-print. While on the other hand the web designer can be compared to the architect, the one who designs and creates the layout for the engineer / construction worker to work with. He/she has the eye for detail, and focuses on the design of things rather than the putting together of materials.

However, today in the world of web creation, web developers and designers have knowledge of their opposites.

A web developer who focuses on HTML, CSS, JavaScript, and PHP, might have an average eye for design and know the basics of UI / UX design. He/she might have a good background in Adobe Photoshop, and Adobe XD. This isn’t to mean he/she will go out and look for a good as a designer, but knows just enough that he/she can do the work for a client or boss without needing a professional designer. The developer tends to with numbers, and strings of text, usually undergoing some sort of training in computer science. A typical web developer is focusing on the behind the scenes of a web app, web API, and the server whether it be through PHP, Python, or Ruby.

In summary, the developer is more concerned with the functionality of his/her work rather than the overall look of it.

You might already be able to tell what the role of the web designer is… that’s right! The design!

The web designer’s job is to make the layout for the web developer. To give the guidelines of how the website should look. They take care of the details and the user interface (UI), and typically the user experience (UX) as well. Ever seen an aesthetically pleasing website? A website or app that just looks clean and to the point? That’s what the designer does. He/she makes the website or app look good for the user to use and ensures the fluidity of the experience.

Typically a web designer will have some knowledge in HTML & CSS just to design mock-ups for their clients or developer partners. Bootstrap Studio is a great tool that most designers and developers use to create quick websites for their clients or bosses. The designer, however, has the eye and is usually picky about the looks of their works. They have better experience using Adobe Photoshop and Adobe XD, as well as creating sketching for the developers to follow. Usually in a dev team there are developers and designers working together to make websites and mobile apps.

So Which do I Choose?
While both the developer & designer play big roles in the creation process, today they often overlap. So if you are interested in primarily doing data analysis, and server work or larger scaled HTML, CSS & JavaScript projects you might want to go down the path as a developer. However, a developer should always learn and supplement their work with design. You should understand the basics of modern design and have a decent understanding of color contrast, and the latest design techniques. I see so many websites looking like they are from 2010. Get up to date! That being said, if you are interested in the design and overall look of things, consider being a designer! You might like the process of templates, low and high fidelity and you can probably land some cool gigs!

When it comes to salary, the developer tends to earn more, although your salary will vary depending on your education, professionalism, portfolio, and other factors. The choice is yours, but if you want my personal opinion I like being a developer and consider myself a web developer. I find the process of making and writing code more fun than actually designing things. But that’s just me 🙂

Why JC? JC stands for Joshua Conrad, the Founder and Director of JCSurge. Joshua spent his early high school years working as a web developer and designer

Consider hiring our SEO and Web Design team at JCSURGE if you are planning to get a new website. We provide local business owners with unbeatable search engine optimization and website redesign service. We’ll help you regain ownership of your website as we have done for many business owners all across the United States. We also provide Website Redesign and Revamping Services.

JCSURGE LLC., is a NYC based SEO and Digital Marketing agency that specializes in local SEO, Google Maps SEO, Website Design, and Social Media Marketing. Currently we serve the entire United States, with locations in Manhattan, and Manchester, NH.